Wow! It has been a long time since I’ve written anything at all. I’m quite behind. The opening party at John’s new house was my last blog. Speaking of which, John has a blog in which he is writing about all of the renovations he is doing with his new place on Arkansas Ave. He has some great “deconstruction” pictures up now. LOTS of work going on there…Check it out! Anyway back to things here at Kerns Road, I figured I’d start with the blizzard and move on from there. Sooo…..how cool was 2 FEET of snow! I have never seen that much snow since I’ve lived in the DC metro area. It was gorgeous. 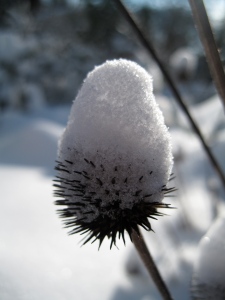 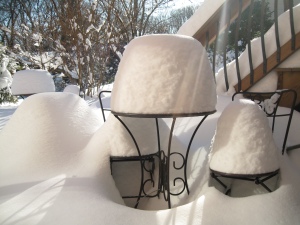 Gimlet had a great time playing in it.

Even Mistletoe got in on the action! 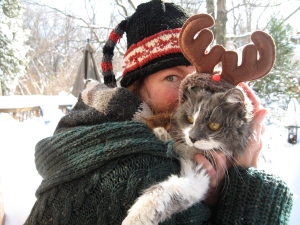 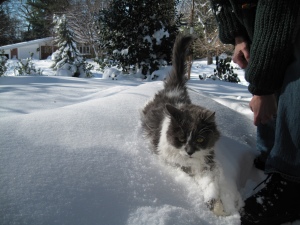 On the downside, the shoveling of it wasn’t very fun. Yup-we, unlike our neighbours, do not have a snow blower and had to do things the old fashioned way. John was the first one to begin the chore so that he could head out to Cleveland for his sister’s pre-Christmas party. 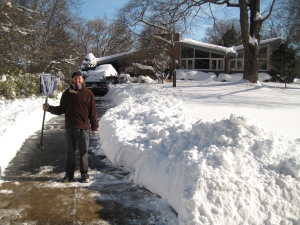 I did mention our frail constitutions in a previous blog and as you can well imagine all of the shoveling did not go over well with our backs. (Hmmm……that “old” word comes to mind again) I think we will actually be having a lot of snow this winter and that may have only been the beginning. I’m basing this weather forecast on a solid black wooly bear I found three days before the blizzard. Wooly bears are those black and brown caterpillars. The width of their brown band predicts the severity of the winter ahead, the more narrow the brown, the more severe the winter. My wooly bear, who is now hibernating comfortably in a lovely tissue lined box in the car port, was solid black-a very narrow brown band indeed. I think we may be in trouble! Perhaps I should research snow blowers……. 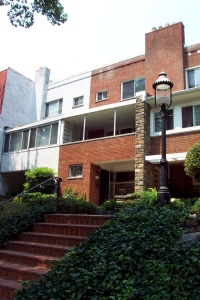 Well it has been a long time coming…..I am very happy to report that on Tuesday December 1st John finally closed on the house on Arkansas Avenue! He has been trying to acquire it for about three years now and was able to do so when the previous owner lost it in a foreclosure. After all of the red tape and jumping through hoops associated with that, the signing of the deed was a big cause for celebrations.

The house is actually in good shape overall. It has been a rental for several years and does show some signs of wear and tear and deferred maintenance, but has fantastic bones and boasts a location directly across from Rock Creek Park. John is busily planning renovations. How exciting! Congratulations John! 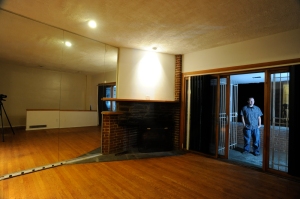