O.k…So you know that Colcannon I told you about yesterday? It is pretty ahhhh..mazing all on its own right? Well guess what? I don’t know if you will actually have any leftovers when you make up a big old batch of Colcannon…but if you do…you can make Colcannon Cheddar Skillet Cakes the next morning!

Squeeeeee! I love leftover recipes! And boy oh boy is this a fantastic one! You take that mouthwateringly delicious Colcannon and stir in some lovely Irish Cheddar, an egg and a bit of flour. Then you simply drop it onto a hot skillet and fry it up. Good Lord above!!! These little Colcannon Skillet Cakes are crisp and crunchy on the outside and filled with all the warm, gooey, cheesey Colcannon goodness on the inside.

You might just have to  double your Colcannon recipe just to make sure that you do have leftovers so that you can make these Skillet Cakes. And they’re not only great for breakfast. We’ve had them as a side dish for dinner as well. So delicious! I wouldn’t have thought you could improve on Colcannon, but here we have. Comfort food nirvana has been achieved!

Make a well in the center of the Colcannon and add beaten egg. Mix until combined.

Heat a thin layer of oil (I used bacon grease, though any vegetable oil or even butter will work just fine) over medium heat in a cast iron skillet. Drop large cookie scoops full of Colcannon mixture into the pan. You can actually make any size Colcannon cakes that your heart desires. However, I have found that smaller cakes give you more of the crisp factor than larger cakes. But proceed as you wish.

Allow cakes to cook undisturbed until the underside is golden brown. Flip the cakes and continue to cook until the second side is browned.

Remove cakes to a paper towel lined dish covered with foil until ready to serve. Serve warm with sour cream and chives if you desire.

Ahhhh….Colcannon! Irish Comfort food at its finest! I can’t believe in all my years of St. Patrick’s Day blogging I haven’t shared this recipe. For those of you who might be unfamiliar with this dish, it is buttery mashed potatoes whipped up with cabbage, leeks and bacon. OMG right?!!! With that list of outstanding ingredients, you just know it is going to be to die for. 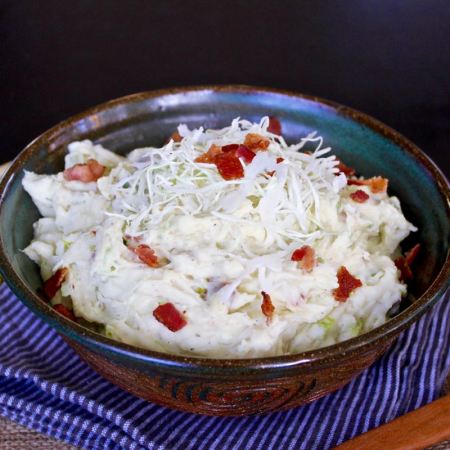 Colcannon or Cál Ceannann in Irish simply means white-headed cabbage. There are many regional variations on this dish, sometimes ham is used rather than bacon, sometimes you’ll find spring onions included rather than leeks. Indeed, I was rather horrified to discover that some peculiar folks will use kale rather than cabbage. This is disturbing to me for a couple of reasons. First off, the dish’s actual name is the word for cabbage, so….

And then of course, I hate kale. Yup…hate it. I know it is good for me. However, I find it bitter and evil. In fact the mere thought of kale inspires this same look I have when I find caraway seeds in my soda bread. 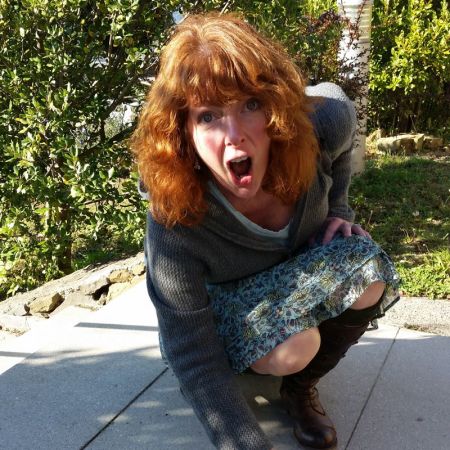 I’m flexible on swapping around some of the other ingredients in my Colcannon, though I do believe that leeks, cabbage and bacon are supreme. But, please… don’t get that nasty old kale anywhere near my Colcannon! Anyhoo…In Ireland, Colcannon is traditionally served on Halloween. It is a bit like Barmbrack that I just recently told you about, in that it was used in Halloween divination rituals. Several charms or trinkets, such as a ring, thimble or coins would be stirred into the Colcannon before it was served. The item you ended up with on your plate would tell your fortune. (i.e.. if you got a ring, you would be married before the year was through.) In the 1800’s, Irish immigrants brought this recipe with them to the United States and Colcannon came to be associated more with St. Patrick’s Day, rather than Halloween. I can definitely say, for me, Colcannon is great any time of the year. Sheer Comfort Food perfection!

Put the potatoes in a large pot, add water to cover the potatoes by 2 inches and generously salt the water. Bring to a boil over medium-high heat, reduce the heat to medium and cook until the potatoes are tender when pierced with a knife, about 15 minutes. Drain well in a colander.

Meanwhile, in a small saucepan over low heat, combine the butter and milk and heat until the butter melts and the mixture is hot, 8 to 10 minutes.

Set a potato ricer over the bowl of a stand mixer and press the potatoes through in batches. Mix in the milk mixture in two additions. Season with salt and pepper. Cover the bowl with aluminum foil and set over a large saucepan of barely simmering water to keep warm.

Heat a heavy pot or Dutch oven over medium heat until hot. Add the bacon and cook, stirring occasionally, until browned and crisp, about 5 minutes. Using a slotted spoon, transfer the bacon to a paper towel-lined plate. Set aside.

Pour off all but 3 Tablespoons of the fat from the pot. Return the pot to medium heat, add the leeks and cook, stirring occasionally, until softened, about 5 minutes. Add the cabbage and toss until tender-crisp, about 8 minutes. Sprinkle with freshly ground nutmeg and the bacon, and season with salt and pepper. Stir the potatoes into the cabbage mixture and serve warm.

Colcannon brought to you by: Runcible Eats (www.leaandjay.com)