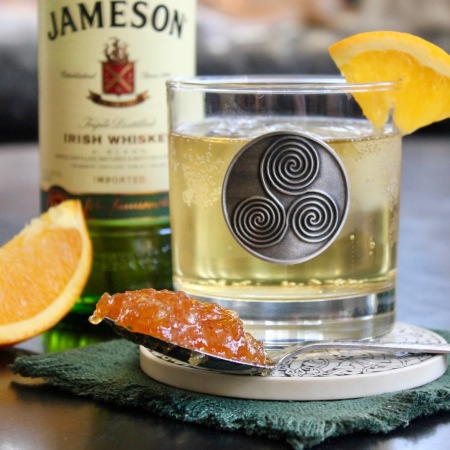 Irish Whiskey Marmalade Cocktail – how’s that for a fantastic St. Patrick’s Day offering. Now I know a bunch of folks are going to be guzzling big honking pints of Guinness or even more scary pints of that suspicious looking lager with a green hue. I don’t know about you, but as much as I like the taste of Guinness, I can’t manage more than one pint of the stuff. Not because I’m a light weight…give me some credit please! It’s because Guinness is so filling I feel as though I’ve eaten an entire loaf of bread. I’m ready to roll on home after one measly pint. Where’s the fun in that?!! So this Irish Whiskey Marmalade sounds pretty dang refreshing to me!

Jammy cocktails have been all the rage now for a couple of years. Adding a quality artisan jam to your favorite liquor is a really easy way to achieve a drink with wonderfully complex fruit flavors. The recipe for this particular tipple can be found in my friend Theresa’s debut cookbook: Fruit on the Table: Seasonal Recipes from the Green Apron Kitchen. 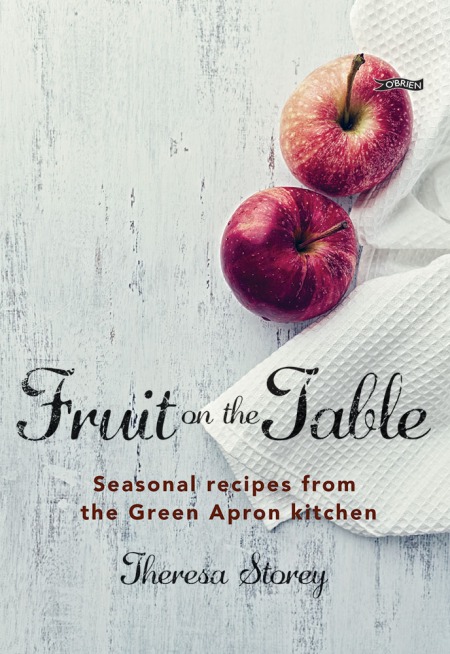 As far as which Irish Whiskey you should use…well I think that is definitely a personal preference. There is always Jameson, though I have a few friends that swear by Black Bush. The husband is a fan of Red Breast. I’ll leave the choice up to you, but I should say you’ve gotta like Irish Whiskey to drink this creation. In fact, it could be called an Irish Whiskey Marmalade Whiskey Cocktail, come to think of it. Double Whiskey?!! Yup…perfect for St. Patrick’s Day! 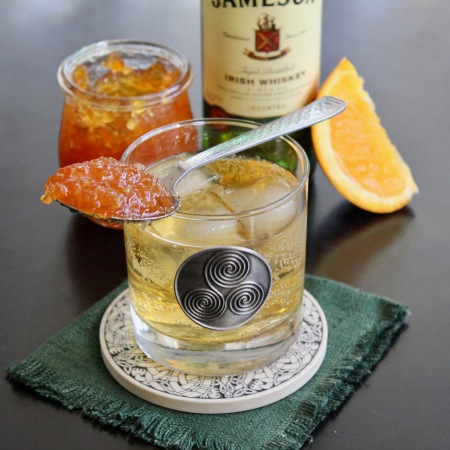 recipe from: Fruit on the Table: Seasonal Recipes from the Green Apron Kitchen by Theresa Storey

Muddle the marmalade, bitters and whiskey together until the marmalade starts to dissolve. (I know I have a spoon of the jam sitting by the cocktails in the pictures above, so it looks like I’m just going to stir it into the cocktail when I’m ready to imbibe. However, you really should either muddle it with the whiskey and bitters or shake them in shaker ahead of time though, otherwise it is difficult to incorporate into the already mixed cocktail.)

Add the simple syrup. (To make simple syrup, mix equal amounts of water and sugar and heat until he sugar dissolves. Allow to cool completely and keep in the fridge. Use within a few weeks.)

Fruit on the Table: Seasonal Recipes from the Green Apron Kitchen by Theresa Storey