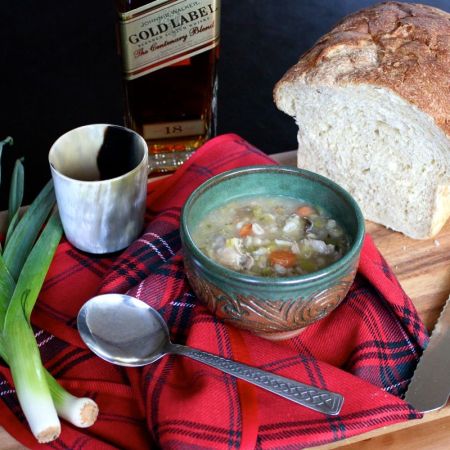 Some hae meat and canna eat,

And some wad eat that want it;

But we hae meat, and we can eat,

And sae let the Lord be thankit.

as delivered by Robert Burns

This Friday, January 25th, is Robert Burns’ birthday. Throughout the world, though especially in Scotland, folks will be celebrating with a Burns Night Supper to mark the occasion. Robert Burns was born in 1759 and is regarded as the National Poet of Scotland. I’m quite a Burns fan myself and will certainly be raising my glass to The Bard this weekend. I wanted to give you a nice Scottish recipe in case you were planning on holding such a celebration as well. My first inclination was to make Haggis, that great chieftain o’ the puddin-race, as Burns put it.  But I quickly realized that it would likely be difficult to come across the ingredients. Since I couldn’t even find lard around here, I think sourcing out a sheep’s heart, lungs and stomach would be quite the challenge! So, I decided on Cock-a-leekie soup, a standard starter at many a Burn’s Night Supper. And an easy choice for me because my husband is absolutely mad for anything with a leek in it. (Must be that Welsh blood in him.) 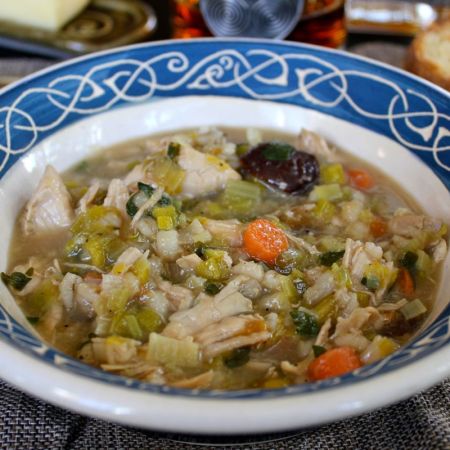 This soup is very easy to make and delicious to boot! The first time that I made it, I was a bit nervous about adding in the prunes. I thought a fruit would taste quite odd in a chicken soup. But although you see bits of prunes in the mix, you don’t get a sweet, fruit taste when you eat them. They add to the overall flavour of the dish and I think they would definitely be missed if they were omitted. You’ll have to trust me on that. I served my Cock-a-leekie soup up with some toasted Struan bread.

Struan, also known as Celtic Harvest Bread, is thought to have taken its name from a town in Western Scotland called Struanmoor, on the Isle of Skye. It was originally enjoyed once a year as a harvest bread, using whatever grains were available from the previous day’s harvest. This is my absolute favourite bread, so it is almost always available in my house. It toasts up particularly brilliantly. Click here for the Struan recipe that I use. If you are looking for some other dishes to serve at your Burns Supper, take a look at my Scotch Eggs, ( a hard boiled egg encased in sausage and then deep fried.) 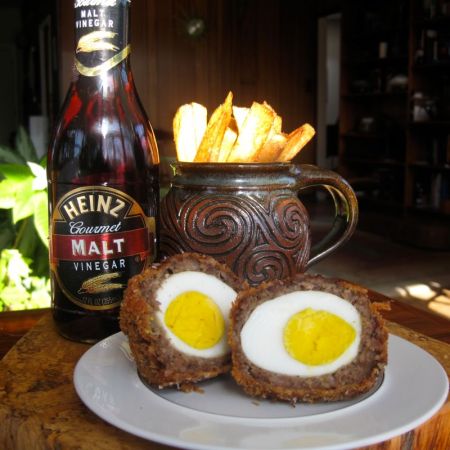 Deviled Scotch Eggs (the eggs as described above, but with the yolk part “deviled”.) 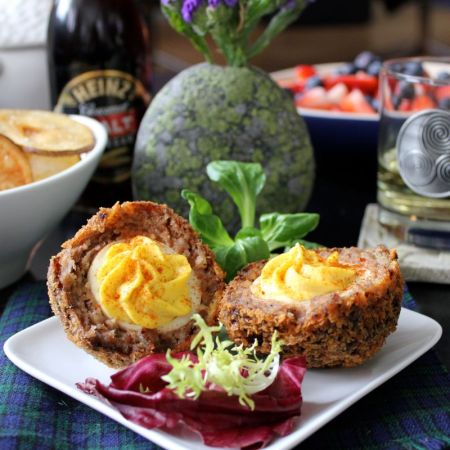 and Chranachan for dessert. (My Chranachan recipe has a more Irish bent, but that is easy to change. Just use a good Scottish Malt Whiskey rather than the Jamesons and skip the Bailey’s drizzle. This dessert is typically served in a tall glass, though I served it in little chocolate cordial glasses topped with raspberries once, which was quite fun.) 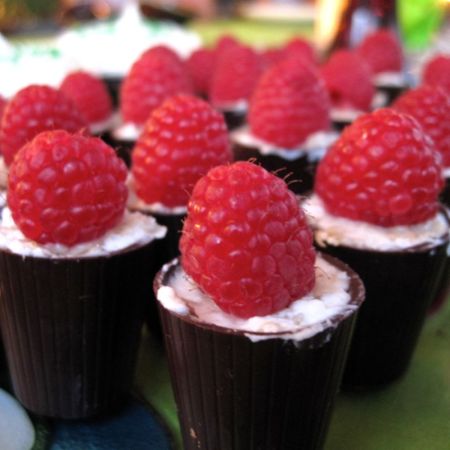 I hope I’ve managed to inspire you with these lovely Scottish dishes. If so, whip some of them up and raise a wee dram and drink a toast to Scotland’s Favourite Son this Friday. 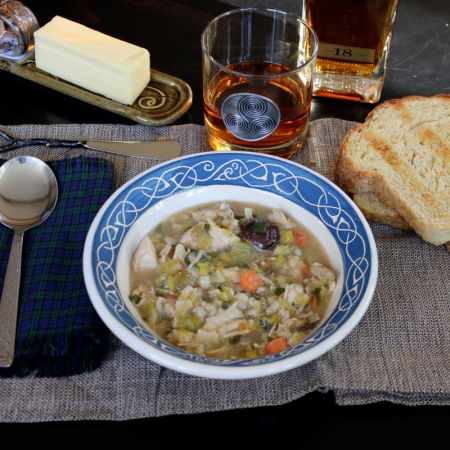 Heat a 6-quart Dutch oven on medium-high until hot. Add thighs; cook until browned, turning once, about 8 minutes. Transfer to a bowl. Repeat with breasts.

Add broth, wine, celery, carrot, and garlic to Dutch oven. Bring to a boil; scrape any browned bits from pot; return chicken to pot, reduce heat, and simmer, skimming as necessary, for 1 hour. Transfer chicken to a plate; let cool. Transfer vegetables to another plate; reserve.

Add leeks, prunes, and barley to broth. Bring to a boil, reduce heat, and simmer until thick, about 40 minutes more. Once chicken has cooled, shred meat. Finely dice carrot and celery. Stir chicken, carrot, celery, and parsley into soup, heat through, and serve. 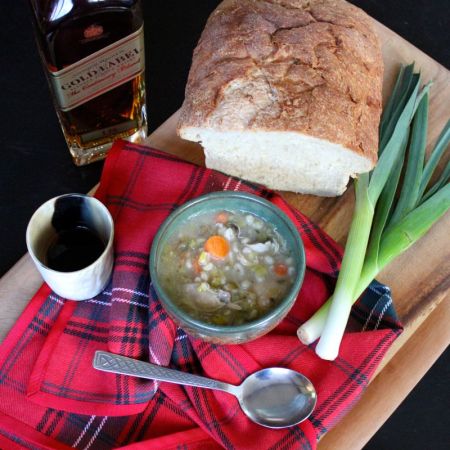 This entry was posted on Thursday, January 24th, 2013 at 12:46 pm and is filed under dinner, Holidays, Recipes, Robbie Burns Night, soup. You can follow any responses to this entry through the RSS 2.0 feed. You can leave a response, or trackback from your own site.