In search of a moose….

Jay and I just returned from a fantastic holiday in Camden, Maine. We had first began thinking about visiting the state of Maine while we were suffering through our excruciatingly hot and steamy summer. This past summer was even hotter than the usual tropical Virginia offering. It was bad news for both Jay and I who prefer much cooler climes. After visiting St. John’s, NewFoundland  for the George Street Festival in July/August 2008 and 2009, we started thinking about finding a cooler place “to summer.” The highest the temperature reached during our stays in St. John’s was 76 degrees-and they considered that a horrible heat wave! So we looked into purchasing some vacation property there, but much to our dismay found that it would be difficult to do so since we are not Canadian citizens. So we decided to go check out Maine, as far north as we could get (bar Alaska) in the good old U.S. of A. Unfortunately, we were not able to get away this past summer. October was the first opportunity we had to visit, so we decided to travel up and see the leaves change.

Camden is a beautiful little town situated at the point where mountains come down to meet the sea. 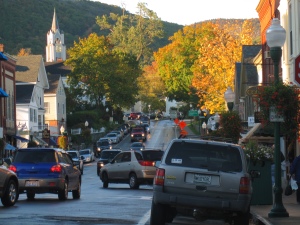 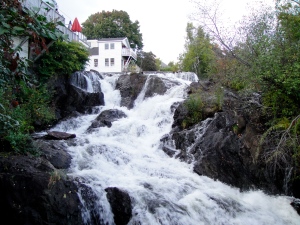 It was a perfect size town for us (about 5,000 people)-on the smaller side but large enough that there were plenty of restaurants and shops. When we first arrived in town, we set about getting some provisions to take with us to the Inn-snacks, sodas and of course some alcoholic beverages-champagne and vodka.

Champagne,Veuve to be specific,-as if there were any other- was right there in the grocery store. We had looked about for liquor stores though and hadn’t seen any. Apparently in Maine one purchases liquor from what is known as an “Agency Store”-which is just a store which is licensed to sell the stuff. In Camden’s case this turned out to be a Rite Aid Pharmacy. Weird! An aisle of liquor among the cold remedies and candy! 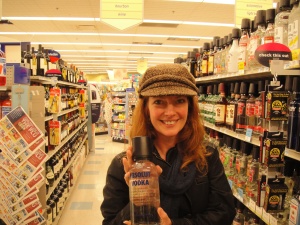 We stayed at the Inn at Ocean’s Edge in their pool house suite. The property was truly gorgeous, looking out over Penobscot Bay. There was a spectacular, heated infinity edge pool, hot tub and sauna available for the guests. Very relaxing!

The Inn at Ocean's Edge 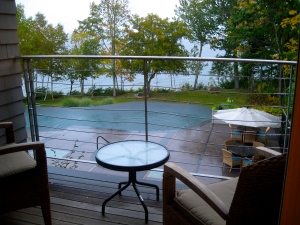 Relaxing in the hot tub

Sunrise from our balcony

We were only there for a short time, but we were able to visit Acadia National Park-where we took in the vista from atop Cadillac Mountain and went for a hike along seaside cliffs, 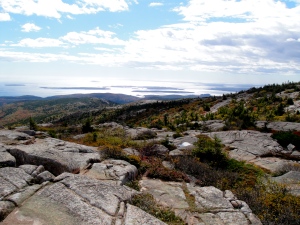 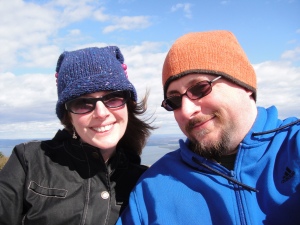 Go for  2 hour sail around Penobscot Bay on the Schooner Olad (man… was that seriously COLD-air temps of 46 degrees and blowing about 25 mph!),

Drive to the top of Mt. Battie to gaze down upon the town of Camden, followed by a hike up to Maiden’s View high above Megunticook Lake in Camden Hills State Park,

The town of Camden from Mt. Battie summit 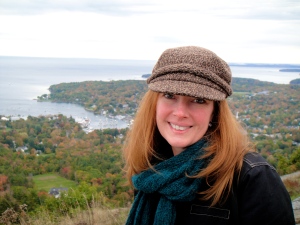 and see lots of fun plants along the way. 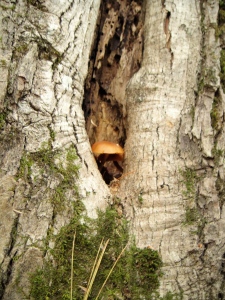 Oh…and the food! Seriously, every single meal we had was perfect! Lots of seafood-lobster and clams. Jay doesn’t eat seafood, what with the possible life-threatening allergic reactions and all, but there was always plenty of yummy options for him to choose from. We went to Cappy’s Chowder House twice and both times the food was excellent-great lobster chowder, clam chowder, burgers, home-made breads…YUM!

There was a really great deli-The Camden Deli-(we wish we could find sandwiches like this around here!) and a wonderful italian restaurant-Paolina’s Way-best thin crust I’ve ever had! The food at the Inn in their Edge restaurant did not disappoint either-Jay had an herbed pork loin over hand cut pasta,I had an unbelievable lobster risotto. After some pre-dinner cocktails and a bottle of Montepulciano D’Abruzzo, we were thrilled we only had to stagger a few steps down a scenic, and thankfully well-lit, wooded path to arrive back at our room!

Did I mention how lovely the scenery was? (as if you hadn’t noticed…) Stunning! Vibrant colored foliage under clean, clear, crisp blue skies! I even woke poor Jay up once to point out how many stars were visible in the the sky. Temperatures right up our alley-the highest it got was 61 degrees one day and at night there were actually frost warnings a couple of times. The only thing we were a little disappointed about was that we have yet to see a moose. We looked for one several years ago when we went to Vermont. No moose there. So we had high hopes for spotting one this time. Nope…total moose free zone. Oh well…I guess it will give us a goal for the next time we visit!

To view all of our pictures from Maine-check out our Maine gallery.

This entry was posted on Thursday, October 21st, 2010 at 5:26 pm and is filed under Maine 2010, Travel. You can follow any responses to this entry through the RSS 2.0 feed. You can leave a response, or trackback from your own site.